This video illustrates how I normally approach a drawing. I start with the basic shapes like circles, cylinders, and squares . This forms a sort of wire-frame for my art to go on top of. I do this in pencil so that I may brainstorm without any sort of boundary to my creativity.

In this case, I inked the characters in black while the background was inked in color. I liked how Hanna- Barbera was doing this in their cartoons in the late 80s, allowing for the characters to really pop in front of the settings. I reinforce this by going darker around the edges of each character to separate them from each other. Here I’m using Chartpak markers.

As for the background, I use the Disney technique of outlining the shapes in a darker color. For instance, the yellow-brick road is outlined in brown, followed by a fill of yellow. In this case, I’m using Prismacolor Markers. Learn and enjoy!

I’ve been researching and considering the idea for my first opus. In December of this year, it’ll be 10 years since I graduated from art school. With a BFA in Computer Animation, I’d say it’s about time I create an animated feature!

I’d like to put my mascot, Drawnn and my love of the Oz books into the same project. It’ll take place at the end of the first 14 books and have Dorothy and her friends attending the Wogglebug Academy. In chemistry class, the Powder of Life will have spilled onto Button Bright’s comic book. That sets free embodiments of the 5 principles of design (a nod to my art degree) and the superhero Drawnn. His alter-ego Denslow Neill will coincidentally enlist into the school and know all about comic book tropes.

The players will include (at least in the first episode) Dorothy Gale, Scarecrow, Lion, Oscar Diggs, Betsy Bobbin, Trot, Ozma, Button-Bright, Zeb, Ojo, and Scraps. I’d like to use the lesser-known characters of the Oz. First because they’re awesome. Secondly, because this is not going to be another direct sequel to “Wizard”. Not that I don’t love them, but there just sooo many and that well is dry!!

Our story opens on Miss Mombi giving a lesson in her Magical Properties Class about the Powder of Life. The kids are listening intently. All, except for Button Bright who is hiding a Drawnn: The Defender comic book in his lap. Miss Mombi catches him and confiscates it and places it on her desk.

Miss Mombi demonstrates the incantation used to enact the powder. Meanwhile, Button Bright is sneaking behind her, attempting to snatch his comic back. She trips over him, splashing the entire contents of the shaker onto the comic book. Everyone pauses and gasps in wonder. What will happen now?

Miss Mombi scolds Button Bright and warns him and the class, the dangers of magical properties. Just then, the comic book begins to shake and the pages flip themselves, emanating sparks then slams shut. Everyone ducks for cover and begin to peer from behind their desks. The comic book bursts open with a blinding white light and a loud explosion. This sends a beam from the comic through the roof of the classroom, expelling lightning balls into five different directions of Oz.

Members of the faculty, including Professor Wogglebug, Scarecrow, Cowardly Lion, and Oz run into the source of destruction to make sure the kids were alright. Miraculously, everyone was safe. Just then, Jellia Jamb came in to introduce a new student, Denslow Neill. A strapping bespectacled lad who immediately catches Dorothy’s eye. End of first episode!

In a piece of art, one aims for the “Gestalt”, or something with flow and balance.  It takes a lot of staging and composing to get to that end though.  You really have to look at you’re working with and how to get potential to create something new and fresh.  Something with legacy!   A lot of this was brought fourth in my life with the help of my family.  Whether they knew it or not!

My imagination knew no bounds, as a kid.  With it’s natural wildness, was paired the frame of tradition and patience.  Namely, my family!  My Dad was constantly trying to ingrain patience.  As a kid, I wanted things to be automatic as that age lends to.  We were at odds over that a lot but there was nothing but love at the end of the day. 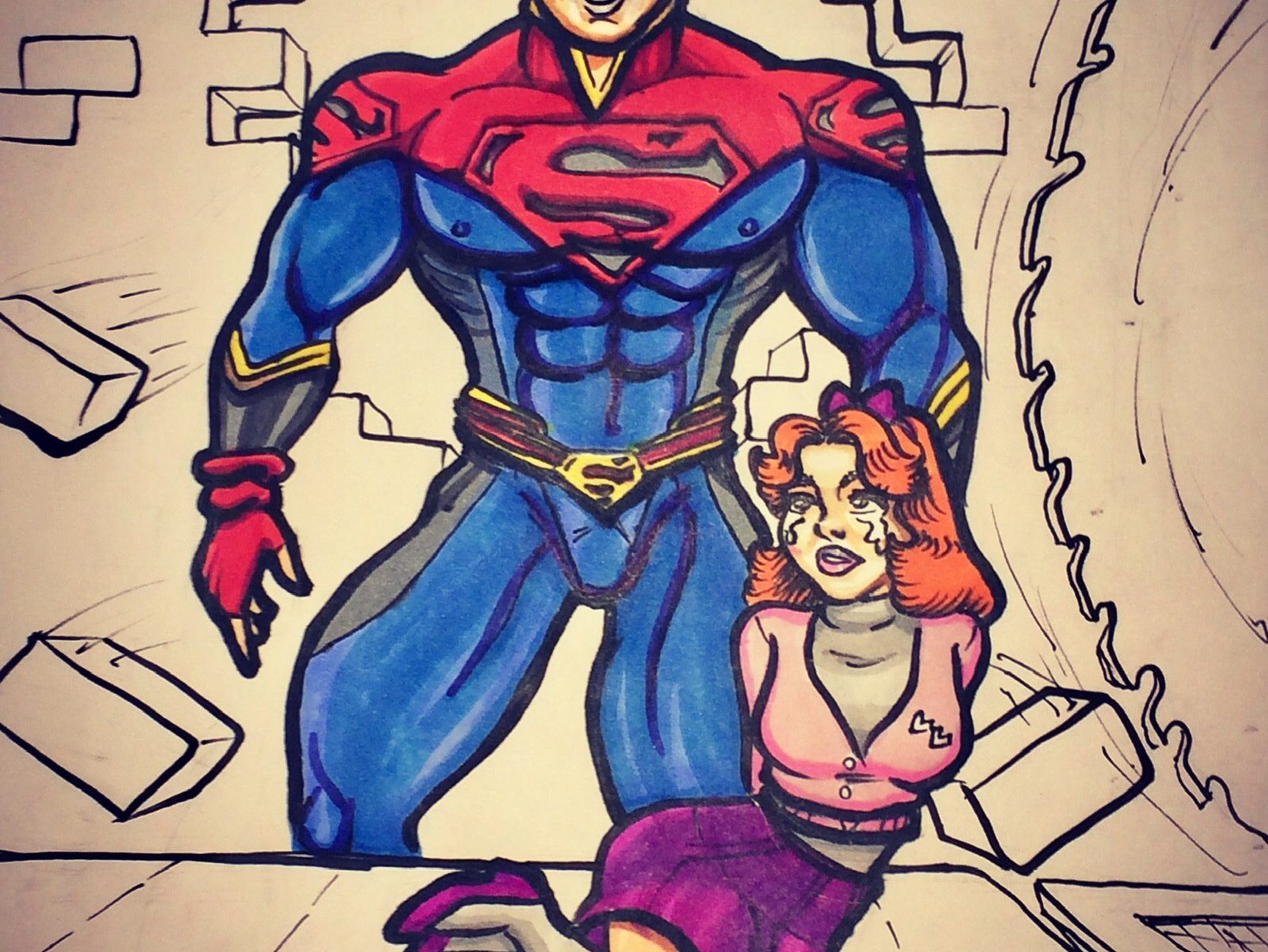 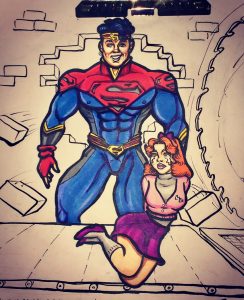 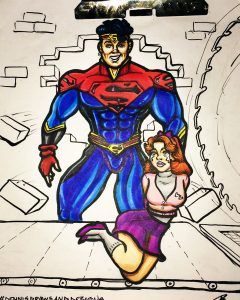